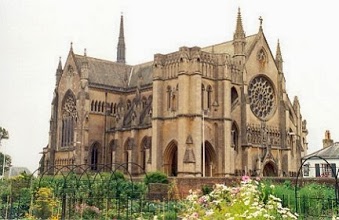 Round two of our #LoveSussex campaign kicked off last week with a look at Sussex's local towns and some interesting facts that we unearthed about their history.

Here's what we covered in #LoveSussex this week:

As an office refurbishment company with our base just outside of Gatwick, much of our work is in Sussex and the South-East. Watch this space next week for the start of our next campaign; #LoveSurrey.